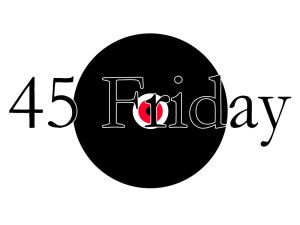 We’ve been telling the Wade Curtiss/ Ted Russell story in bits and pieces. It’s a big story. Here’s another piece.

Before a young Dick Derwald (aka Dixie Dee, aspiring wrestler and aspiring rocker) joined up with Ted Russell & His Rhythm Rockers, the main attraction of the group was Ted’s unique guitar style. Having been born with severe deformities in his limbs, he couldn’t play instruments the usual way. His arms were extremely short and bent inward. Showing the drive and can-do spirit which he exhibited his whole life, Ted adapted a steel guitar by fitting it with regular guitar and bass strings, and sitting before it, playing it with short steel rods in each hand. He was able to produce both guitar and electric bass sounds this way.

The group’s 1959 first record featured solo turns by Ted’s guitar and a piano but even more, the tenor sax of Nick Salamone. This Golden Crest release made some noise in more way than one and they came to the attention of Glee label (owned by Rockabilly star Aubrey Cagle). Glee was located in Indiana – the state where Ted had been born.

By this time they’d lost the sax player but picked up a bass player. Ted had met Dick and they had the twin interests of Rock’n’Roll and wrestling in common. Dick had already dipped his toe into the music world and it was a natural fit when he was asked to join Ted’s band. In fact, they crossed paths because Dick was working in a band also called the Rhythm Rockers and Ted had been trying to track down these ‘copycats’!

Dick was already playing bass and his hiring relieved Ted of also playing bass parts – now he could concentrate on guitar sounds.

The Glee 45 consisted of two moody instrumentals, Brang and Real Cool. Most likely the bass is by Dick and the drums by Jack Clark. There’s some different info out there about the guitar sounds. I’ve seen it stated that they feature Ted on his steel guitar – maybe we should call it a “steel/guitar” – and local guitar whiz Eddie Bentley on lead guitar. I believe this is correct, though the booklet to Norton Records’ “Bright Lights” album (an excellent compilation of all the bands’ work) credits Ted with all the guitar work.

Many readers will be familiar with Eddie’s name and work. In a future article I’ll tell his story, but for now let’s just say he was an advanced guitarist, member of the Rockabilly Hall Of Fame, issued records under his own name and pseudonyms, played lead on some other local records, and eventually owned a music store.

Brang gives complete writing credit to Eddie which reinforces the idea he plays on it. To my ears, the two guitar solos are probably Eddie first, then Ted.

Real Cool sounds more like Ted. Both sides are moody and intense and some of the best of the instrumental Rock’n’Roll that was a regular feature of the Hits charts of them time. This 1960 release is right on the cusp of the coming Surf music instrumental wave, and features a similar echoe-y sound; though in this case, it’s more echo than Surf music’s Reverb (spring reverb was incorporated into Fender amplifiers from 1961, the use of which defines ‘pure’ Surf music – in the eyes of purists).

By the time of their next (1961) release Dick would be featured on vocals and get a special label credit. And the story would continue…